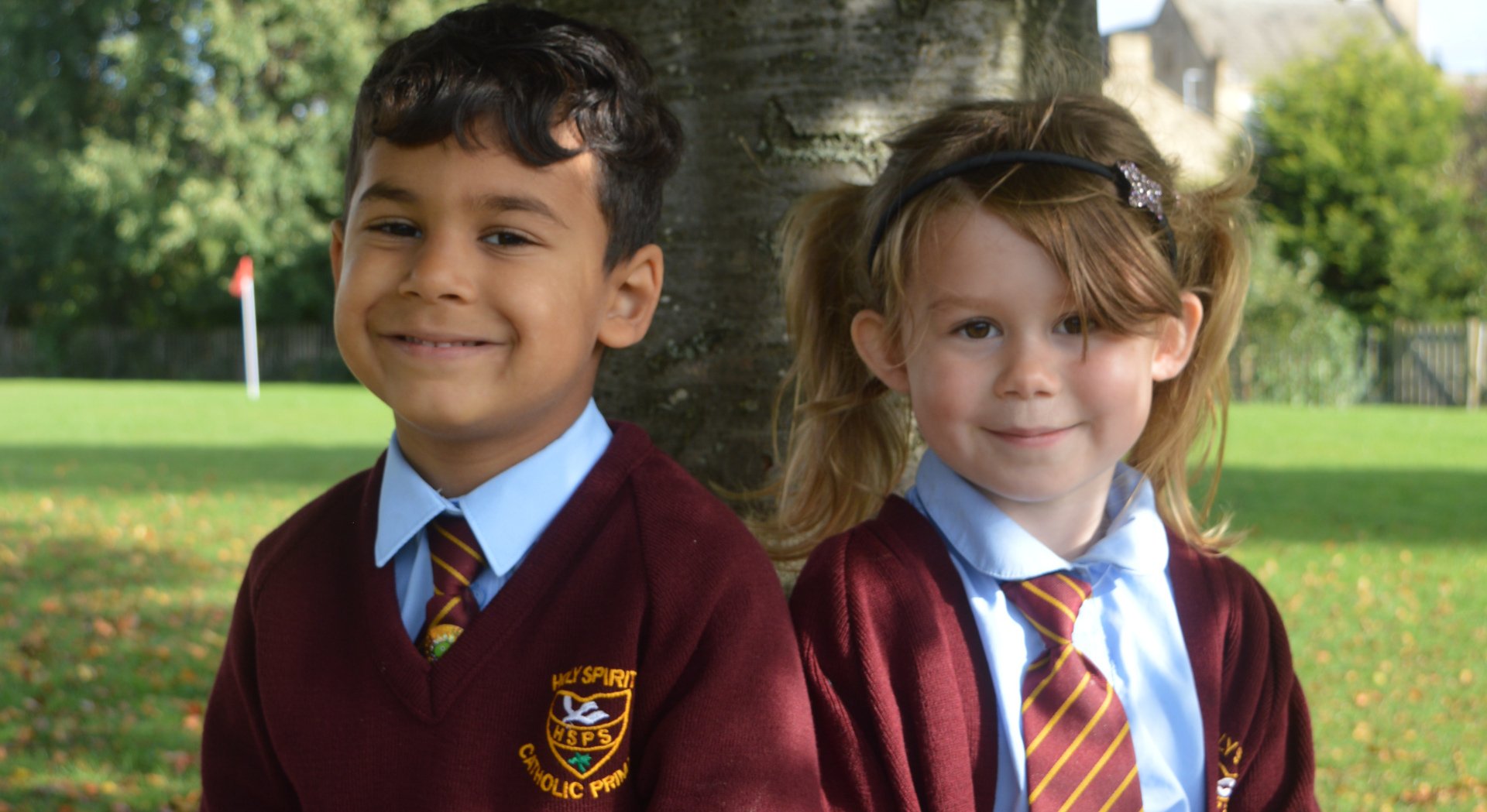 The Holy Spirit Primary School in Heckmondwike, West Yorkshire opened on it's present site in 1968 and continued a tradition of Catholic Education in the town.  Bishop Robert Cornethwaite of Beverley established the first Catholic Parish in Heckmondwike in 1871.  Fr. Stephen Dolan was to be the first Parish Priest celebrating Masses from a rented room in a house in Brighton Terrace.

It wasn't until 1873 that the first Chapel and School were opened on Darley Street.  St Patrick's School was built on a plot of land purchased for the princely sum of £374.  It was here that the Catholics of Heckmondwike worshipped and were educated until the opening of our present Church in 1915 and school in 1968.  The original Chapel and School were sold to the RAFA Club in 1970.  The building had served the Catholic community of Heckmondwike well and laid the foundations for the establishment of a Catholic education in Heckmonwike.

In August 2015, the Diocese merged the two Parishes and appointed the Very Rev'd. Fr. Nicholas Hird as the Parish Priest to oversee the new Parish of Cleckheaton & Heckmondwike.  The Parish website can be found at www.stpaulscleckheaton.wordpress.com  - if you click on the link, you will be re-directed and can find out Mass times at both Cleckheaton & Heckmondwike Churches, by viewing the current Church newsletter.

In 2018 the Holy Spirit Catholic Primary School celebrated it's 50th anniversary.  A decorated Holy Spirit Cross and an image of the Holy Spirit were hung in the new Reception area to mark this lovely occasion.  We gave a small wooden version of the Cross to every member of Staff, child and Governor of the School as a keepsake.  Bishop Marcus Stock came to school to celebrate with us.